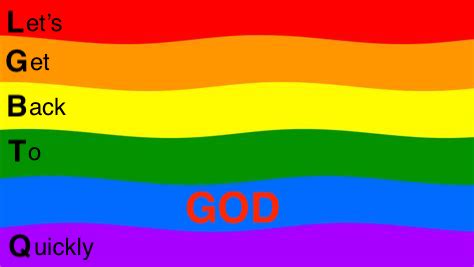 The Lord does not tolerate sin…He forgives it

For this reason God gave them over to degrading passions; for their women exchanged the natural function for that which is unnatural, 27 and in the same way also the men abandoned the natural function of the woman and burned in their desire toward one another, men with men committing indecent acts and receiving in their own persons the due penalty of their error.  Rom. 1:26-27

The great battle for the souls of man is heating up in America.  Our greatest privilege, freedom, is the very tool the enemy of our soul is using to destroy us.  Not much has changed since that incredible garden scene where the serpent suggested to Eve, surely God would not…

It is time for the vast majority if people in our nation, Christians and those who are not, to stand up for common sense virtue.  It has been said many times and in many ways, that freedom can only exist in a virtuous culture.  Our enemy knows that the only way to bring the bondage he desires is to divide us and it is working.

In this TargetPoint I am going to focus on just one of our points of division though there are a myriad in play right now.  What we call the LGBTQ movement or agenda, in my view, is the most disgusting and destructive force that needs to be dealt with.  The lost people behind this agenda are clever.  While claiming that people should be free to do what they wish they will not be satisfied until everyone affirms and even celebrates their perversion.  The result, children groomed and perverted and hideous diseases like AIDS and Monkeypox.

I need to pause here and make something very clear to my reader.  God loves every human being just like every parent loves all of their children.  However, not unlike a parent, He does not always approve of what His children do.  If you are a parent you understand this—how many times have our children entered into behavior that is not good for them or just wrong.  Does that negate our love for them?  Of course not—so why would we think our Heavenly Father would remove His love for us?  God is crazy about every single person caught up in this lifestyle.

People who are trapped into this lifestyle cleverly distort our concern about people violating God’s order as intolerance or hate—it is their way of forcing you into submission and even celebrating their perversion.  I will talk about Gay pride month in a minute but first let’s define LGBTQ.  Lesbian, (women attracted to women), Gay (men attracted to men), Bisexual (men and women who go both ways), Trans (people who feel like they are the opposite sex), Queer (strange or peculiar—not heterosexual), and soon you will see Pedophilia (people who are attracted to sex with children).

If you are not disgusted with the behavior associated with these orientations you are either caught up into one of these categories yourself or have been persuaded that it is just alternative behavior and should be tolerated.  Please let me suggest again that I am in no way suggesting that God does not love every single person caught up in this—He loves them deeply and so do I.

I am only focusing on the destructive nature of what these people “do” and not who they are.  What is being advanced here is what I call behavioral cancer and it is being used by the devil to destroy the human soul.  The vast, and I mean VAST, majority of people in our nation do not support this behavior.

Our kids are virtually being groomed and then destroyed and it is all planned and intended in order to divide us and ultimately destroy our nation.  This has happened in virtually every civilized culture in recorded history.  I do not need the Bible or my Christian beliefs to understand how destructive and perverted this is—a simple understanding of science, biology and common sense is all that is required.

It is time to wake up my friends.  The all-to-often scene of families with children on the sidelines of a Gay pride parade watching nude people riding bikes and people in leather and drag is a pathetic capitulation to a debauchery that is destroying our culture. We must speak out in love but boldly against all of this.

Dear ones, this same capitulation is happening every time you enter a store celebrating Gay pride month with rainbow clothing and displays and continue to shop there.  The same thing happens when you hear of a sports team that sidelines a player for refusal to wear the Gay pride patch on their uniform and you continue to watch and support that team.  The same thing happens when national franchises openly say you are not welcome to shop here if you do not support LGBTQ and you go there anyway.

So, what should we do.  First we need to recognize the serious nature of this battle—and it is a spiritual one for sure.  We need to be on our knees every day in prayer, first for the precious people who are caught up in all this, and then for God to open the eyes of the blind.  We need to be voicing our objections in love.  But we must also understand that doing nothing is not an option—we MUST be engaged.

Though it will no doubt cause great inconvenience we no longer have an option to simply watch what is unfolding in our nation.  The next time you encounter a company, organization, church (sadly) or institution promoting this agenda you need to speak out and you also need to stop doing any kind of business with them.  When you see the display celebrating Gay pride month simply make a decision to never shop there again.  If you want to send an email or letter please bath it in prayer and love.

When you think about the two sides of this controversy typically, though not always, people who are opposed to this lifestyle either do not speak out or, if they do, it tends to be with love.  This is not so in my view with those who are caught up in these abhorrent behaviors.  I believe it is because God has placed in every human being a conscience that is aware deep within the heart that something is not right—the reaction then is usually tainted with anger.  This is a typical human response.

So again, please know that none of this is truly impacted if we allow our human nature to speak—it must be Jesus’ love and nature in you that people see.

Let’s Get Back To GOD Quickly