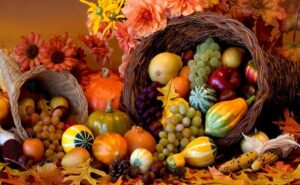 October was a great month on many fronts. It began with a new start up for On Target Institute in the Monument, Colorado area. My Racquetball buddy and good friend, Pastor Mike Jiles, asked me to do an OTI Tuesday morning gathering to help disciple the men of his church. The River Church has been around for about 7 years now and has always had a vision for reaching the lost. As a result, Mike boasts that about 80% of his congregants did not attend church before. We began with about a dozen guys and so far it has been well received. I am so proud to be a part of what is going on here at The River.

On the 24th I had the privilege of speaking at a local men’s retreat for Ridgeline Community Church in Castle Rock, Colorado. The event took place at the Ponderosa Campground, which is literally a five-minute drive from my home. We had a great time with this wonderful group of men as I unpacked their theme, Mission Impossible.

The first session was Mission Family and dealt with a man and his wife and family. Then we brought a strong message on Mission Work dealing with how Christian men need to view work from God’s perspective. After that I dealt with Mission Team unpacking the importance of building lasting friendships and surrounding ourselves with positive role models. The final session was titled Mission Possible and here I helped men understand that without an intimate relationship with God it truly is an impossible mission.

In October I also had the privilege of taping eight half-hour TV shoes for Chaplain Gordon Klingenschmitt. Chaps, as they call him, has a half-hour daily show that airs on the NRB Network titles, Praying In Jesus Name. We taped two series. The first was on marriage—click here for a commercial. The second series was titled Real Christianity In An Un-real World and dealt with the struggle we have as Christians trying to influence a world that is rapidly heading in the wrong direction. Both of these series will air sometime after the first of the year. I will keep you posted.

Finally, I was also able to complete volume five of our six-volume Men On Target video curriculum. We only have one more to go but really need help in raising the rest of the funding to get this completed. To date over half of the funding is in but another 15,000 is needed to wrap it up and get it to market. We now have about a half-dozen churches and men’s groups who have started the series and the early reports are amazing. I am convinced this will become our signature work and is the culmination of over 25 years of ministry development.

As we head into November we have a very busy schedule. Please pray for me as I head to Eureka, California for a Pastors gathering, Saturday morning men’s event and Sunday services. I get back and have a one-day turnaround before Cindy and I fly to Edmonton, Alberta, Canada. They are expecting 1200 people at this international NAME Canada conference.

During the turn around I will have an opportunity to visit all my old friends at the NCMM conference taking place here in the Flat Irons area of North Denver. Please pray that these national and international men’s ministry leaders will come and be blessed and recharged for the battles that lie ahead.

Cindy and I want you to know that we love and appreciate all you do for our ministry.