The Manipulation Of The American Mind 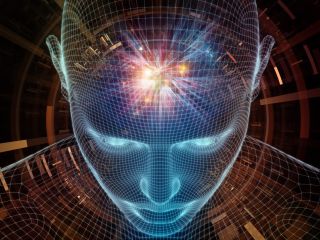 Understanding is a wellspring of life to him who has it.  But the correction of fools is folly.   Proverbs 16:22

The following is excerpted from an article I wrote in November of 2017 by the same title.  Because of where we find ourselves today I felt the need to re-communicate these thoughts with some updated information.   –Vince

Lately I have done extensive reading and some research on how whole societies and countries have been overtaken, conquered.  In man’s earliest days the methods were always physical.  It took massive, well trained and well equipped armies—in other words—physical force.  Not so today.  The new weapon is persuasion and the tools for this type of takeover are both devious and very sophisticated.  If I can persuade you to surrender I have won without any physical effort or cost.

In 1987 Allan Bloom wrote his number one best seller, The Closing Of The American Mind.  The subtitle for the twenty-five year anniversary addition says, How Higher Education Has Failed Democracy And Impoverished The Souls Of Today’s Students.  One of my favorite quotes from this amazing work is, the problem with an open mind is that your brains fall out.  Bloom's criticism revolves around his belief that the "great books" of Western thought have been devalued as a source of wisdom.  This would obviously include the Bible.  Bloom says The modern liberal philosophy enshrined in the Enlightenment thought of John Locke—that a just society could be based upon self-interest alone, coupled by the emergence of relativism in American thought—has led to this crisis.

Thirty-four years later we are seeing the results Bloom predicted.  How did we get here? Carefully planned and artfully applied MANIPULATION!  Now, I know what you are thinking—even a casual leaning in this direction will label me a conspiracy theorist.  This label is another calculated strategy to stop any kind of honest effort to uncover the truth. Here is another example—when asked a very logical question regarding what the possible “end game” might be for all of this most will say, I don't know.  Many, including this writer, believe the end game is total takeover—complete control of our nation and the removal of everything we originally stood for.  If you openly say this—you are laughed at—again—manipulation.

In his well-written book, The Marriage Builder, Dr. Larry Crabb writes that in all human interaction you are doing one of two things only, you are either ministering or you are manipulating.  As someone with a modest background in behavioral science I remember thinking, it can’t be that simple.  He uses the illustration of a husband walking over to his wife after dinner, putting his arm around her waist he says, honey you look beautiful tonight.  So, for all you men reading this I know you get the picture.

Forgive me ladies as I certainly do not mean to lessen your understanding of the scene here—in fact you are masters at discerning the motives behind all that we men say and do.  I wonder if this is true of us today as a body of believers, however?  Do we truly perceive the motives behind what is being acted out and told to us today?

My friend is it possible that most of what we are seeing and being fed today is carefully choreographed theater designed to manipulate you and me, pawns in the eyes of those perpetrating all of this, into a socially engineered groupthink.  What if virtually every newsworthy major event is viewed by devious people as an opportunity to manipulate the vulnerable masses into a way of thinking that will move them closer to seeing their “end game” achieved?

The problem is very few people are doing any critical thinking.  We are not trying to discern what the real motive or “end game” is.  Consider the following:

There are so many more messages and soundbites I could list here but I know these will garner a lot of emotion from my reader.  You will agree or disagree with some of these issues.  The question is, what is the source of these messages and are they designed to minister to me or manipulate me?  How can you know the real motives?

Let me suggest some thoughtful questions you should ask whenever you are trying to figure out truth from lies and ministry vs manipulation:

Jesus replied, "Are you not in error because you do not know the Scriptures or the power of God?   Mark 12:24

Finally, if you think your government, mainstream media, Hollywood, big tech, social media giants, big pharma and our educational system have your best interest in mind you are probably from another planet.  Do not fall into manipulation because someone thinks you are a conspiracy theorist.  Do not take what they say at face value—use your brain and dig deeper.

Unto You I lift up my eyes, O You who dwell in the heavens.

Behold, as the eyes of servants look to the hand of their masters,

As the eyes of a maid to the hand of her mistress,

So our eyes look to the LORD our God, Until He has mercy on us.

For we are exceedingly filled with contempt.

Our soul is exceedingly filled With the scorn of those who are at ease,