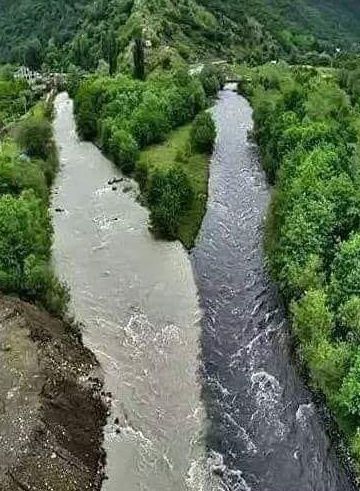 Do you suppose that I came to grant peace on earth? I tell you, no, but rather division; for from now on five members in one household will be divided, three against two and two against three. They will be divided, father against son and son against father… Luke 12:51-53

I read an article this morning about a father who wrote to a local paper calling out his son, running for political office, as a liar.  This father and son are obviously on opposite sides of the political spectrum and have allowed their worldview differences to poison their family ties.  I am not sure how you feel about this but I never thought I would witness what is happening in our country today.  What is going on?  Where is all of this dysfunction coming from?

Well, if you are a follower of Jesus and understand your Bible, none of this should surprise you.  We have been deliberately conditioned as a people to hate each other based upon class identification.  First our real enemy, the devil himself, working through corrupt leaders, divides us.  Perhaps you have heard of Mass Formation Psychosis.  Here is a recent definition posted from an SWFI article:

Psychosis is when people lose some contact with reality. Mass formation psychosis is when a large part of a society focuses its attention to a leader(s) or a series of events and their attention focuses on one small point or issue. Followers can be hypnotized and be led anywhere, regardless of data proving otherwise. A key aspect of the phenomena is that the people they identify as the leaders – the ones that can solve the problem or issue alone – they will follow that leader(s) regardless of any new information or data. Furthermore, anybody who questions the leader’s narrative are attacked and disregarded.

You can see this happening around a plethora of social issues in our culture right now.  As I mentioned earlier, we know where this is coming from but the bigger question is, where is it all headed?  If you are a Christ follower you no doubt have your views on end-times theology.  For the sake of time and space let me suggest two basic ones.

The first view is held by people who believe Christ is coming back to a victorious and spotless church that has suppressed the darkness.  The second view basically believes the opposite—Jesus is coming as our conquering King to finally defeat the prevailing darkness in our world.  There is probably not a lot of Biblical support for either of these extremes but let me unpack what I believe may be happening.

Back in the mid-eighties my pastor, Jack Hayford, related what he called The Opposing Stream Theory.  What he postured was that in the end times both of the afore mentioned views will be true.  He suggested that all throughout the history of man there has been in place two streams running in opposite directions, the stream of light and the stream of darkness…good and evil.

Pastor Jack would say that throughout most of our history those two streams have been flowing in opposite directions at a relatively slow enough speed that you can have a foot in both of them.  He then suggested that as we approach the end times the darkness is going to get a lot darker and the light a lot brighter.  As this occurs those streams will now be moving in opposite trajectories so fast that, if you try to have a foot in both of them, it will tear you apart.  YOU WILL HAVE TO DECIDE…WHICH ONE WILL YOU BE IN?

Dear friends, I believe we are seeing this in our world today, particularly in America.  Please allow me the liberty to apply different names to those streams—I would call them God and No God.  Almost every issue we find ourselves facing today, in my view, is being viewed through one of these two lenses.  At the ninety thousand foot level these are the only two worldviews that really matter.

While I think it is helpful to explore different ideas about what is happening, it is even more important that believers discover how God wants us to think and act during this exciting leadup to His coming.  My friend Matt Barber and I are getting ready to film a pilot radio and TV show titled On Target geared toward helping the believer identify issues and discover the proper attitude and actions necessary to respond.  This is so important today—we are desperate for a balanced Biblical perspective.

If, as a believer you think this is important and want to pursue God’s perspective I want to suggest reading Romans chapter 12.  It has been said that if you could only have one book out of the entire Bible that would give you the best message of redemption, it would be Romans.  It is also suggested that if you could only have one chapter, it would be chapter 12.  I am asking each of you, reading this article, to please read chapter 12 today.  Maybe every day for a while—let it sink in and take root.

The major themes are surrender, transformation and  humility.  The Apostle Paul also talks about discovering your identity by understanding how God has wired you uniquely.  If you want a free tool that will help you discover your natural gifts outlined in verses 6 – 8 you can go to https://otm.co/spiritual-gifts-test/.  This tool only takes about 15-20 minutes to complete and will give you a full report.

My friends we are headed into uncharted territory and the stakes have never been this high.  If you are putting your hope in man’s ability to save the day you are being foolish.  God is not wringing His hands about man’s ways—He could not care less about elections or political posturing and maneuvering.  His ways are not our ways but they do include you and me.  He is crazy about you and wants you to position yourself to receive His power in order to be a mighty victorious warrior in the battle that is heating up.  How will you respond?

Let me close with the Apostle Paul’s powerful last words to Timothy, and by extension, to all of us:

2 Tim 4:1-5 (NKJV)  I charge you therefore before God and the Lord Jesus Christ, who will judge the living and the dead at His appearing and His kingdom: Preach the word! Be ready in season and out of season. Convince, rebuke, exhort, with all longsuffering and teaching.  For the time will come when they will not endure sound doctrine, but according to their own desires, because they have itching ears, they will heap up for themselves teachers; and they will turn their ears away from the truth, and be turned aside to fables. But you be watchful in all things, endure afflictions, do the work of an evangelist, fulfill your ministry.