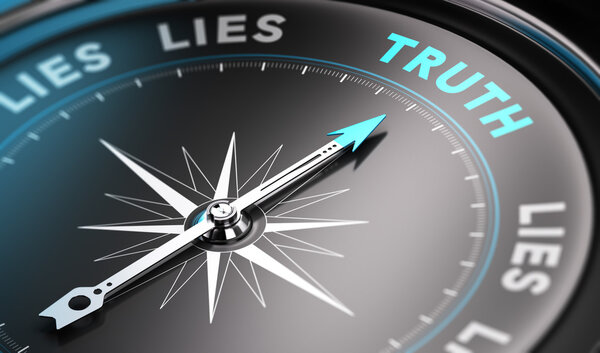 John 18:37-38 (NKJV) Pilate therefore said to Him, “Are You a king then?”  Jesus answered, “You say rightly that I am a king. For this cause I was born, and for this cause I have come into the world, that I should bear witness to the truth. Everyone who is of the truth hears My voice.”  Pilate said to Him, “What is truth?...

The Greek word rendered as "truth" in English translations is "aletheia", which literally means "unconcealed" and connotes sincerity in addition to factuality and reality; whereas Jesus' use of the term appears to indicate absolute, revealed knowledge.  (Wikipedia)

Woke is now defined in this dictionary as aware of and actively attentive to important facts and issues, especially issues of racial and social justice.

Unfortunately it is almost always a reference to the messaging of today’s political left which has totally gone off the rails when it comes to promoting anti-God humanistic principles. Today, with the same sarcastic sentiment that Pilate no doubt used, the world is still saying, what is truth­—however, it is no longer a question.  Rather, it is a foregone conclusion that there is no objective truth other than what I think is true.

So here is where the battle is shaping up today.  As a lover of the one and only Truth-Giver Jesus Christ, we know where our ultimate truth comes from and can evaluate everything that we encounter in life through His lens.  Because we have real and objective Truth we are the ultimate fact-checkers.  For the anti-God folks, who sadly make up most of the public influence in our world today, this is not the case.  They proudly represent woke.

Here is a small sample of what you must believe in order to be truly woke:

I could add so much more to this list but I think you get the idea.  As a mere human the not-so-nice side of me wants to label people who believe this stuff as morons.  As a Christian I know this is not the case—they are simply misguided.  They either have never known or heard from the actual Truth-Giver or they have been slowly brain-washed by our modern culture.

The good news in all of this is that perhaps more than at any time in our lifetime it is easy to see the stark contrast between good and evil—the devil’s ways vs God’s ways. 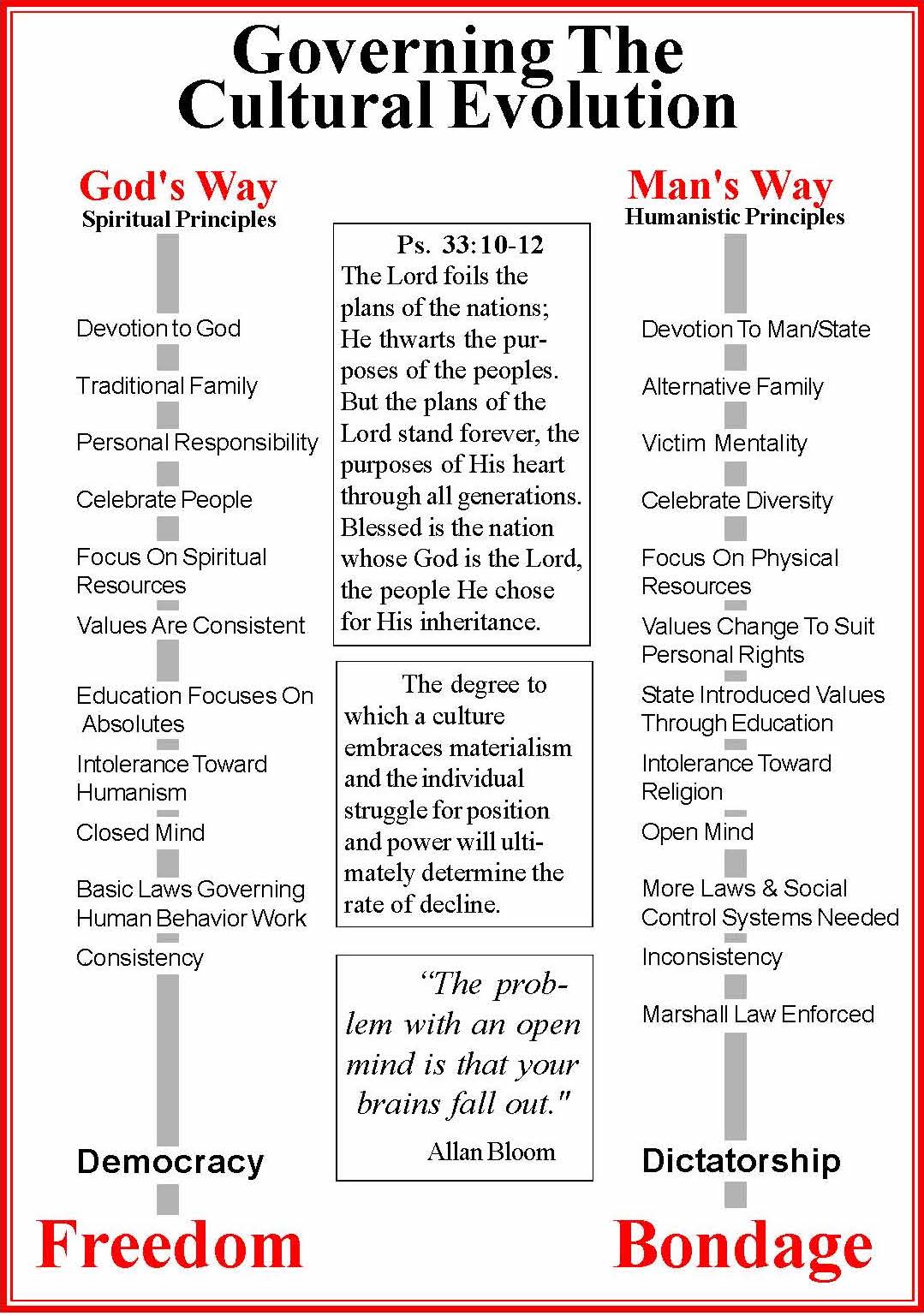 I developed this pasted graph titled Governing The Cultural Evolution, about 40 years ago.  Little did I understand at that time how quickly the downward spiral indicated on the right side would take place.  Today I would include the word Truth under “God’s Way” and Woke under “Man’s Way”.

Dear ones, this is where we are today.  What does this mean for you and me?  How do I respond to all of this?  Let me say up front that God is not progressive.  His truth never changes—no matter the cultural evolution.  In addition, you and I do not lack the ability to discover what His truth is—it is revealed in His word.  So, my first challenge to all of us is—are we seekers of His Word?

We also have access to His glorious presence through worship and prayer.  Are you seeking His presence by spending time with Him?  And finally recognize that you possess the Holy Spirit when you were born again.  He is your ultimate guide.

John 14:26 (NKJV)  But the Helper, the Holy Spirit, whom the Father will send in My name, He will teach you all things, and bring to your remembrance all things that I said to you.

In conclusion I want to draw your attention to the Apostle Paul’s final words to Timothy where he so aptly describes the world in which we find ourselves today.  Please don’t just read these words but meditate upon them.  Break these verses down and ask yourself, what is God saying to me right now?

2 Tim 4:1-5 (NKJV)  I charge you therefore before God and the Lord Jesus Christ, who will judge the living and the dead at His appearing and His kingdom: Preach the word! Be ready in season and out of season. Convince, rebuke, exhort, with all longsuffering and teaching.  For the time will come when they will not endure sound doctrine, but according to their own desires, because they have itching ears, they will heap up for themselves teachers; and they will turn their ears away from the truth, and be turned aside to fables. But you be watchful in all things, endure afflictions, do the work of an evangelist, fulfill your ministry.