A Man Who Needed No Introduction 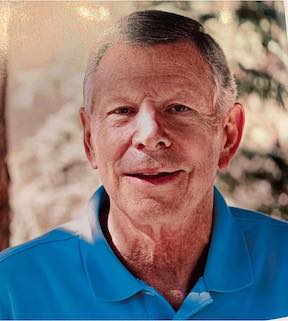 And the servant of the Lord must not quarrel but be gentle to all, able to teach, patient. 2 Tim 2:24

I met Paul Stanley in the early 90’s after moving to Colorado Springs with the ministry of Every Home For Christ.  He stands as one of the most amazing men I have ever had the privilege to call my friend.  What drew me to him was his dedication to building leaders—Paul demonstrated through his life what it means to be a servant leader in ways I had not previously seen.  I call it Inside-Out Leadership.  The kind of leadership that emanates from a tender heart submitted to the greatest leader of all time—Jesus.

Around 2008 I was tasked with producing a plan for ministry to men in the local church that would serve as a model for a local mega church here as well as a templet that could be used by churches anywhere.  My plan was to extend an invitation to eleven other men who would form a team of twelve that consisted of three men for each of four different life-stage age groups.  The plan was to meet weekly for at least one year before putting our plan on paper.  I wanted us to become to each other first what we intended to reproduce.

Paul Stanley was an anchor for this team.  We met every week for a year and then went away for a powerful three-day retreat into the local mountains to put our plan together.  To this day that plan is being used by countless churches virtually around the world.  It has life because it was birthed organically and not organizationally.  I still remember leaders who were blown away by listening to Paul’s segment of our roll-out presentation.

Then, late Winter/early Spring 2010 I was putting together a major men’s ministry leadership conference in Colorado Springs for the National Coalition Of Ministry To Men (NCMM) at Glen Erie, headquarters for The Navigators where Paul worked for so many years.  I will never forget this event.  Over 100 of the most noted men’s ministry and denominational leaders from around the world were there.  We were even hosted by Dr. James Dobson at Focus On The Family for a special luncheon.  That led to our doing back-to-back broadcasts on their radio program the following week.

Because I was coordinating the event I asked Paul Stanley to be our opening plenary speaker.  That opening morning was so very special on so many levels.  I arrived late as I was visiting my wife at her rehab center that morning.  Just a few weeks earlier after spending several months in intensive care we were told that Cindy would not survive.  I remember on this morning having some hope for the first time.  Her recovery was a true miracle.

So, after some opening remarks and welcoming, I had the privilege of introducing my friend Paul Stanley.  I assumed not many of those in attendance knew Paul.  However, as Paul walked up after my intro I noticed some strange murmuring and body language from many who were in the audience.  It was a reaction I was not able to understand until after Paul was done and one of the most powerful illustrations of leadership I have ever witnessed.

You see, unknown to me, when most of these leaders entered the Great Hall that morning they had already met Paul.  Paul greeted everyone who entered as he set up virtually all the chairs in that ballroom.  He never mentioned who he was other than to give his name.  He simply kept on setting up chairs and engaging these men in meaningful conversation as he did.  Most of these leaders thought Paul was part of the facility setup team or on the janitorial staff.  When they observed this precious man moving toward the podium to deliver the opening message they were blown away.

It was not until after Paul finished and many of these leaders approached me that I discovered what really happened.  These men were not impacted by the powerful message that Paul brought, though it truly was.  They were impressed by Paul.  You see, on that morning Paul Stanley was a man who needed no introduction.  He was already known.  Not by accolades or his resume, but rather, who he is.  Paul’s talk that morning was on leadership.  His audience experienced the essence of his message long before he uttered his first words from that podium.

Look again at our opening verse, 2 Tim 2:24 And the servant of the Lord must not quarrel but be gentle to all, able to teach, patient.  To these leaders it was obvious that Paul was gentle, obviously able to teach and most of all, patient and kind.  The introduction was not necessary nor was it called for on Thanksgiving Day when Paul approached the throngs in Heaven around God’s Throne who were applauding and welcoming him into the presence of his King.

My prayer for all of us is that we can take away from this incredible man’s story some implications for us.  Are we becoming the kind of men and women that need no introduction?  Or, do we need to remind people of our resumes and accomplishments?  For me, the desire of my heart is to become the kind of man, like my friend Paul, who demonstrates the life and love of Jesus to everyone I encounter.