While Shepherds Watch Their Flocks By Night 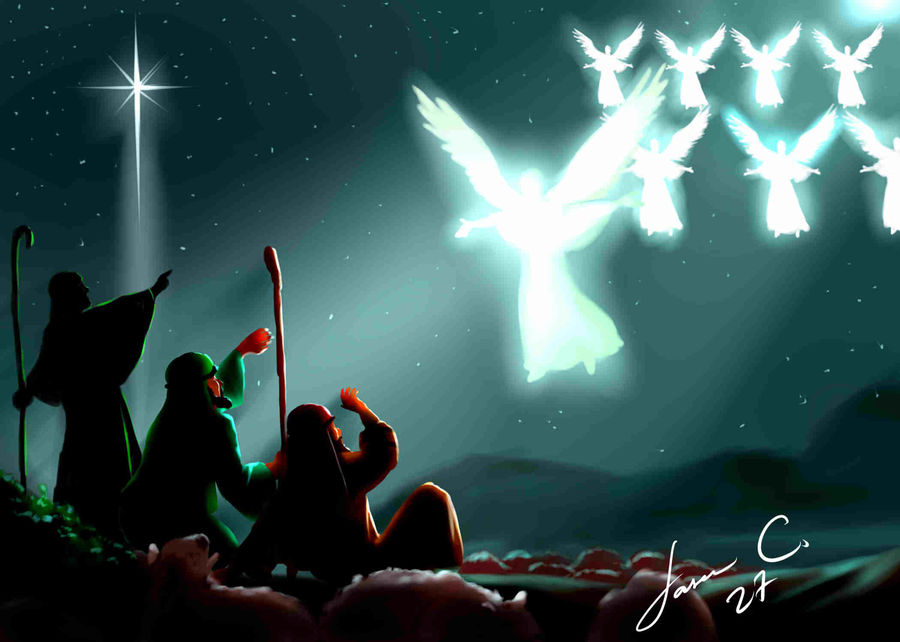 Micah 5:2  “But as for you Bethlehem Ephrathah, too small to be among the clans of Judah, From you One will come forth for me one who is to be ruler in Israel.  His goings forth are from long ago, From the days of eternity.”

As Christmas carols ring in our ears and are welcomed into our thoughts and hearts this time of the year as this little town of Bethlehem is brought to mind once again. We imagine the shepherds watching over their sheep right outside the town that night, when suddenly an angel appears announcing the birth of the Messiah.  Then suddenly multitudes of angels joining in the celebration surrounded by a great light contrasted against the dark sky.  Fear is their first emotion, but the angel quiets their hearts with the words “Do not not be afraid; for behold, I bring you good tidings of great joy which will be for all the people; for today in the city of David there has been born for you a Savior, who is Christ the Lord.  This will be a sign for you; you will find a baby wrapped in cloths and lying in a manager”.

Lets stop for just a moment and take a closer look.  A little history in regard to the shepherds allows us to know that shepherds in general were not allowed to graze their flocks anywhere near a city because of the smell. But yet we are told in scripture that these shepherds were right outside Bethlehem with their flocks.  It appears in the Jewish Mishnah and other early historical sources, that the Shepherds of the Annunciation were different than other shepherds.  Pasturing their flock in close proximity and at prescribed distances from Jerusalem, this unique group had the responsibility of raising sheep that would be destined to be sacrificed at the Temple in Jerusalem about six miles away. And if so, they would have been well versed in the ritual requirements, and well practiced at providing lambs without blemish for the sin offering of Israel.  It would have been these shepherds that were the first ones to encounter “The Lamb of God”.

It would be Bethlehem, (in Hebrew “The House of Bread”), that would behold “The Bread of Life”.  Just a coincidence or providential you might wonder.  Bethlehem was the place of David’s birth. He had been a shepherd in those same fields.  It was the place where Samuel, the priest and prophet, anointed David to be the King of Israel.  There is in fact to this day a crumbling watchtower still intact there named “Migdal Eder”.  Hebrew for the “Tower of the Flock” mentioned several times in the Old Testament and thought to have been built to guard the sacred flocks that grazed nearby against robbers or animals or anything that could cause a blemish. It is located within 1000 paces on the outskirts of town where it has been placed by tradition since the time of Jerome.

What an amazing possibility.  Bethlehem would be the most significant place for Jesus to be born, among the sacrificial lambs and the message brought to these lowly shepherds who because of their very profession were barred from participating in the religious activities of their own faith. The Bible account does not seem to show that they thought it unusual to find a baby in a manager or had much trouble finding him there.  It would be the perfect place, the perfect setting announced to a group of shepherds that understood the sacrificial system and were awaiting their Messiah.  Does that not amaze you that God in all His majesty planned an event so grand in a place such as this to reveal the King of Kings and Lord of Lords.

So this Christmas, I have determined to take time to look a bit closer at the shepherds on that greeting card.  I won’t rush past the display on my neighbor’s

front lawn and I will experience a little more reverence when singing “While shepherd’s watch their flocks by night”.  The bottom line:  With a wider perspective on the issues of forever, I will ponder the idea that God’s plan is ultimately more perfect than I can possibly imagine. That His attention to detail is superior to NASA and that there is a good reason why the King of all Time and Space has no need to consult us humans for strategy or advice.

Lets worship Him with a deeper understanding of who He is and for the amazing plan of God before the foundations of the world was set into place.  If He can orchestrate such things does He not have a plan for you and me and will He not faithfully oversee its completion as we allow Him entrance.

May you be richly blessed this Christmas season expecting God to show up in the most simple and surprising ways.

Luke 24:44 “And he said unto them, These are the words which I spake unto you, while I was yet with you, that all things must be fulfilled, which were written in the law of Moses, and in the prophets, and in the psalms, concerning me 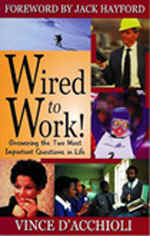 Today's Verse/Thought: The Power of Praise

The trumpeters and singers joined in unison, as with one voice, to give praise and thanks to the LORD. Accompanied by trumpets, cymbals and other instruments, they raised their voices in praise to the LORD and sang: "He is good; His love endures forever. Then the temple of the LORD was filled with a cloud.  2 Chron. 5:13

Life Implication:
The above verse reminds us that God entered the temple as the direct result of His people praising Him. In the old covenant God would come into a physical place. The good news for us today is that God now resides in our heart. This incredible verse has so much more meaning today. As we praise Him, He comes into our very being.

There is a linkage between praising God and hearing His voice. Praise is mentioned in 319 verses in the bible. It is one of the most often mentioned ideas, yet one of the most misunderstood. God desires worship and praise more then any other thing we can do. He knows that the only way we can truly praise Him is to set ourselves aside...leaving room for Him to move into our lives. It creates a highway that leads to discovering His wonderful plans for us.

Praising God is the only way that we can overcome self and get closer to Him. In James 4:8 the bible says that if we draw near to God-He will draw near to us. Nothing brings us closer to God than praise. If we fail to develop an ongoing habit of praising God then we miss a major connection point with Him.

Life Application:
In the previous volume about quieting our minds we touched on this most important subject of praise. Let's now endeavor to make praise a daily habit. Even before you begin your reading or prayer time-just start to praise Him. Praise is not difficult. Verbalize your love for Him. Tell Him what a good God He is and how much you appreciate knowing Him.

Open the book of Psalms and read aloud verses that praise the Lord. You could even try singing verses from the Psalm to Him. Remember that God doesn't care how well you can carry a tune. He loves your praises-it is a sweet, sweet sound in His ear. After you praise Him for a while it is a good idea to just be quiet and listen for His voice. I find that He often talks to me just after I have spent time praising Him.

Tomorrow In TargetPoint:
Reading the Word

Today's Verse/Thought: Having A Quiet Mind

The mind of sinful man is death, but the mind controlled by the Spirit is life and peace.  Rom. 8:6

Life Implication:
One of the most difficult challenges in life today is having a quiet mind. We live in a world that is sending out information so fast that it is impossible to keep up. The result of all of this is sometimes called information overload. Confusion often sets in as we attempt to process all of this data. The 21st century mind is packed with more ideas and thoughts than it can reasonably process. Because time is such an important commodity we find ourselves thinking about several different ideas all at the same time. A good example of this is trying to listen to someone while at the same time thinking about something else you have to do.

One of the major reasons why we do not hear from God has to do with our preoccupation with unrelated thoughts. If we cannot quiet our minds and hearts and get into a state of neutral we will never hear God.

Life Application:
Whenever I find myself unable to quiet my mind I simply begin to praise Him. Praise is not complicated. We will discuss it in greater detail later. For now, try this. Just begin to talk to God. Tell Him how much you love Him. Thank Him for being who He is and for all that He has done and is doing in your life.

Ask God directly to help you to quiet your mind and concentrate on Him. Tell Him how much you desire to hear His voice today.

Tomorrow In TargetPoint:
The Power Of Praise
Visit the OTM Store!