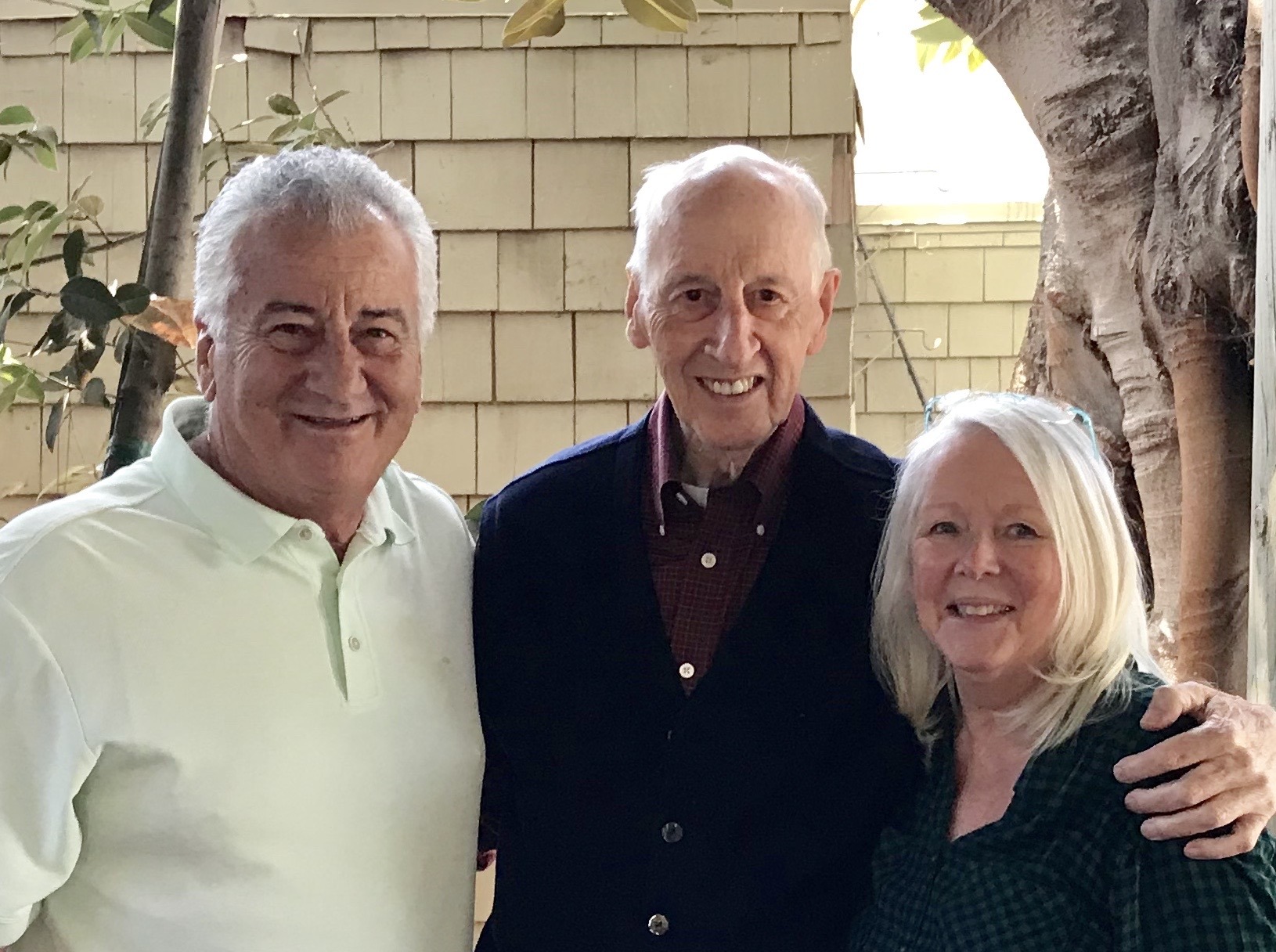 Musings From A “Hayfordite
In Loving Memory

My journey and memories of Pastor Jack began in the earlies 70’s when Cindy and I began attending this little church in Van Nuys, California called The Church On The Way.  Married at that time for about 8 years and raising two precious little girls we decided it was time to get serious about our relationship with the Lord.  Though unfamiliar with the Charismatic movement I knew I was in need of more of God and was just coming out of a messed up life that included dangerously close encounters with the Mafia.

Our marriage not doing well, I remember with great fondness our first, and only, marriage counseling session with a precious man who was one of Pastor Jacks close Associate Pastor.  It led to our signing up for a marrieds class which a few years later we ended up leading.  During those years I was mentored by my dear friend Pastor Jack Duitsman.  He and his wife, Mary led the class at that time.  In their transition out they recommended us to Pastor Jack to lead the class.  Pastor Jack also asked us to lead the couple’s ministry for the church.  That class ended up with 4-500 people in attendance every Sunday.

From there we were invited to enter the two-year Discipleship program which was a prerequisite to future eldership in the church.  That program was ahead of its time and probably the equivalent of theology degree.  It later led to an invitation to become an Elder and my being appointed to one of nine members of the church council.  An amazing honor.  During this time my personal relationship with Pastor really grew.  He blessed me many times by asking me to consult on organizational dynamics and structure.

During these years we had so many occasions to be with Pastor Jack and his wife, Anna. Cindy and I remember times after church at their home eating Tomato and Mayo sandwiches and trips to Solvang, one of his favorite places. Needless to say there are so many significant and profound stories I could share.  Here is an example of just one:

It was in the early 80’s, while on a quest to see myself through the eyes of significant people in my life, that I decided to ask my pastor, Jack Hayford what his perception of me was.  If you happen to know Pastor Jack you are probably smiling right now and thinking, that is a very dangerous question.

It turned out to be a pretty long lunch.  When I asked Pastor Jack for his impression of me I remember a blank stare and an uncomfortable period of silence.  Then, he reached over and grabbed the salt and pepper shakers from the side of our table.  He took the pepper shaker and said see this…this represents product.  You like product.  Nodding, but not really knowing where this was going, he continued.  You know why you like product?  I said no and he continued—you know how to purchase the raw material, you know how to manufacture it, you know how to package it, price it, display it, sell it—you can control product.

At this point I am thinking I may not like where this is headed but was still clueless.  He then grabbed the salt shaker and continued.  Vince, this is fruit.  You don’t like fruit.  It just so happens I really don’t like fruit but I had a good idea that was not what he meant.  He then added, do you know why?  It’s because fruit grows the way it wants to grow.  Then, he began to describe from the cellular level the incredible nature of fruit and all of its nourishing attributes in ways I had never heard.  And then came the clincher—Vince I see you as a Tiger becoming a Lion.

It was at this point I had to call a time out—Ok Pastor Jack, help me understand the zoological implications of that one?  He did—he went on to talk about the differences between a Tiger and a Lion in ways that blew me away.  Remember, this is the man who wrote the powerful song, Majesty.  He talked about how the Tiger is a skilled hunter, like the Lion, but that they hunt singular—they are not familial like Lions.  He talked about the majesty and patience of the Lion and then said, Jesus is not referred to as the Tiger of Judah, but the Lion of the tribe of Judah.

He encouraged me by letting me know how much he believed in me, but recognized I needed to rely much more on the Holy Spirit in my life then on my human ability to control.  He concluded by saying he saw me as a marble that God wanted to turn into a grape.  He held out his hand and used his thumb to demonstrate pressing down on a marble and reminded me that when the pressure is exerted the marble escapes—it will not be crushed.

On the other hand, he suggested that when you become that precious and ripe grape, submitted to the will of your heavenly Father, that same pressure now reveals the sweetness from your life that will extend to strengthen and nurture the lives of others.  What a powerful picture I received on that memorable day.

One of the hardest things I had to do was resign my position on the church council in 1991 to move the ministry of Every Home For Christ, to Colorado Springs, Colorado.  There is no doubt that was a call from God and just a few years later we felt the Lord calling us to start On Target Ministries.

Not only did Pastor affirm our call to ministry to men he also invited me to come to a pastor conference back in 1994 and introduced our ministry to over 1000 pastors from around the world—it literally put this little known new ministry on the map and launched us into what is now an almost 30-year incredible journey.  Tens of thousands of men have been saved and equipped to become The Man God Intended as a result.

Pastor Jack remained a close friend, mentor and confident until his health began to fail.  I can honestly say I do not know where I would be had God not allowed me the privilege of knowing this man.  No person this side of Heaven has impacted and shaped me more than Pastor Jack.

I want to close with just one more Pastor Jack story you will enjoy.  It was back around 2013 and I was hosting a men’s ministry leadership event in Fontana, California.  I asked Pastor to be our keynote speaker and took the podium to introduce him.  What follows, though exaggerated and mostly made up, was so funny that it took Pastor several minutes to compose himself from the laughter.  He later indicated he wanted to share this introduction in his memoirs.  Where is my intro:

Pastor Jack needs little intro really.  I served this man for so many years and remember thinking, not only is he an amazing Theologian but also an intellectual.  In fact, we were told that Pastor would require of himself the use of a new word he had never used before in every sermons just to keep himself sharp.

Those of us who knew this would be waiting for it every week.  We often found ourselves nodding in agreement to comments he would make for which we had no clue what it meant.  I will never forget the first time I heard the word, Juxtaposition.  I silently repeated it and turned to my wife and said, Juxtaposition?

I said, what does it mean>  she said, I don’t know but if we are doing it and Pastor Jack says it’s wrong…WE NEED TO REPENT!

We love you Pastor Jack