Oh Come Let Us Adore Him 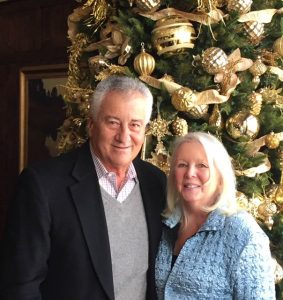 O come let us adore Him. These words continue to resound in my heart this Christmas season.

One of my earliest childhood memories that come to mind is the familiar Bible story of the three wise men making their long journey to Bethlehem to find the infant King that first Christmas long ago.

They were Magi, descendants of the Chaldeans spoken of by the prophet Daniel.  They were the astrologers and astronomers of their day; unbelievers at best, committed to searching the heavens for signs foretelling the destiny of nations.  Regarded with awe and fear, these men were paid handsomely to know when something important was about to happen, to discern the present or supervise at the coronation of a king.

They were Magi, descendants of the
Chaldeans spoken of by the prophet Daniel

For God to get their attention would be no easy task. But He did.  And whether the bright light they saw at helical rise was a miracle appearance or a natural conjunction of stars or planets is of little consequence.  For it was God, who had created the vault of heaven and all its stars that had provided the revelation that was to drive these men to Israel in search of a newborn king.

This star was mentioned in Numbers 24:17 when a traveling soothsayer named Balaam prophesied “I see Him, but not now; I behold Him, but not near; A Star shall come out of Jacob, a Scepter shall rise out of Israel, and batter the brow of Moab, and destroy all the sons of tumult”. Genesis 49:10 also reference a “Scepter”. Balaam more than likely was an ancestor to the Babylonian wise men of Daniel’s time.

These wise men would have known of this prophecy and many others from the Old Testament by hearing them from Daniel in Babylon during the time they consulted with the kings.

Few or many, these powerful men left their ease and traveled to Jerusalem to find the one born “King of the Jews”.  It just made sense to head to Israel's crown city in search of a king. It is obvious they did not know of the prophecy in Micah 5:2 or they would have known the exact location of His birth was to be in Bethlehem. They wouldn't have had to receive these prophecies from the chief priests and scribes in Jerusalem. Their natural inclination would be to talk to King Herod.  But instead of getting excited, Herod sent them to find the baby as he began to hatch a plot to kill hundreds of male infants in hopes of safeguarding his own position.

Yet, the Magi would not be deterred.  How long it took for them to find Jesus is hard to say, but it is a good guess that from the time they left their homes until the time they stood before the young King could easily have been two to three years.

Now the scriptures tell us they brought three notable gifts: gold, frankincense and myrrh. These three precious offerings were the tools of their trade. They were the most valuable items they possessed. But even with all their knowledge and worldly acclaim they could have hardly known that these gifts would play a greater role in the Savior's life and death.

Gold was a gift reserved for royalty.  Frankincense was a costly & rare commodity, used on the Altar of Incense that when burned gave off a sweet smelling white smoke.  The Myrrh, oh the myrrh, seemingly the oddest of gifts would be the very fragrant and valuable oil that would be used at his burial.

But there is yet one more gift we often miss.  It is the utmost gift of all.  It is the gift of worship. The scriptures tell us the wise men knelt and worshipped Him!  Whether they did this on their own initiative, or the majesty of being in the presence of the King of Kings gave them no choice, they bowed and worshipped.  These wise men from afar came not just to court His favor and to proclaim Him King of the Jews, but they would be proclaiming Him “King of Kings” and “Lord of Lords”

With much love we wish you a most blessed and Merry Christmas, 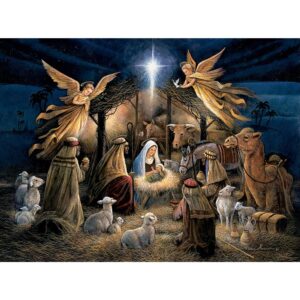