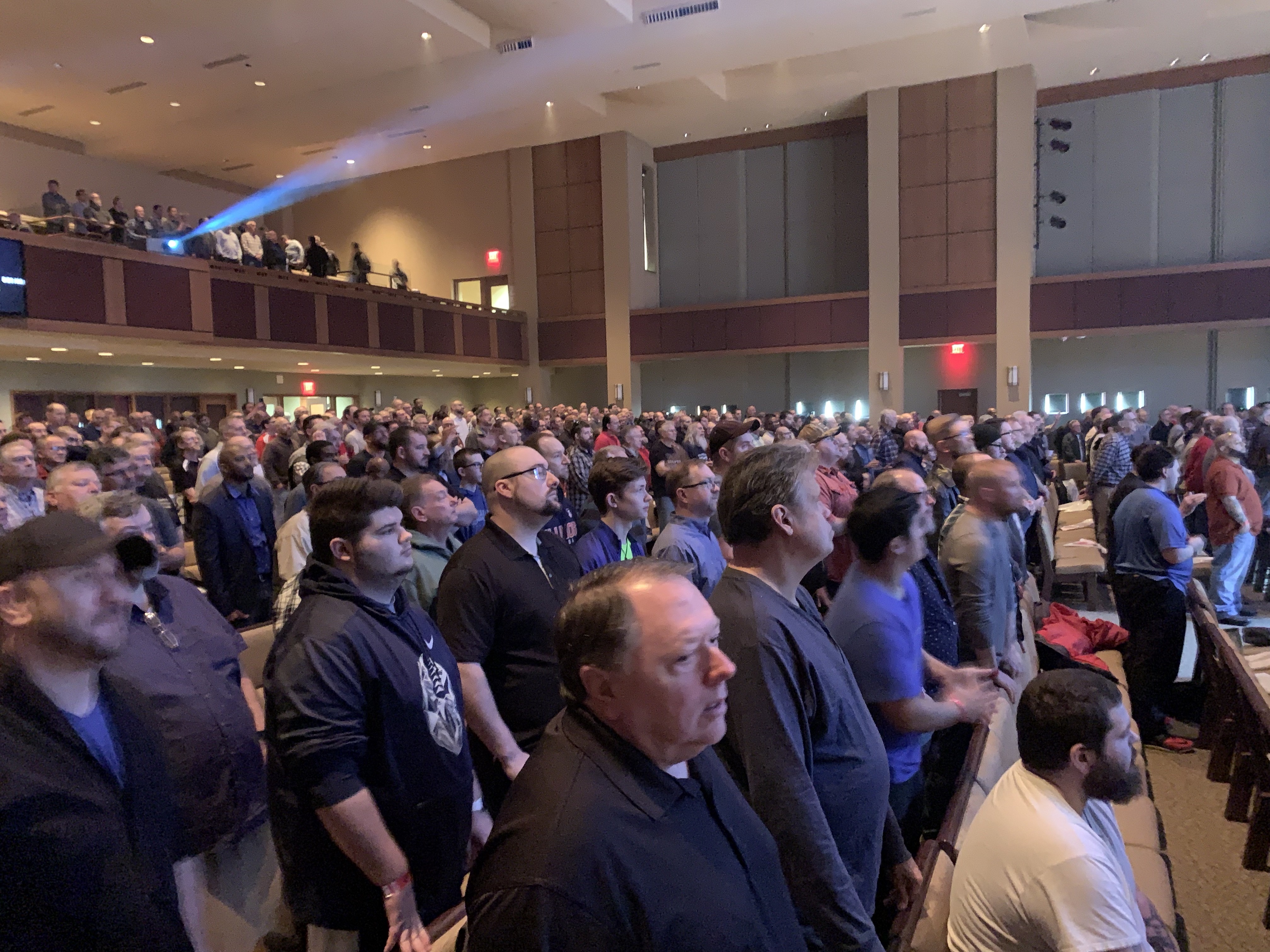 WOW! March was a wild month.  It started with my birthday on the 3rd.  I found a recent study that said, people who have birthdays actually live longer.  I guess if you are able to read this you have already discovered that.

On the 6th we had some special guests all the way from New Zealand who came to visit and stay a few days.  Paul and Lynette Subritzky were the original founders of Promise Keepers New Zealandand hosted me for my 19-day trip there last August.  It was probably my most memorable ministry trip as I spoke 28 times in 19 days and God profoundly impacted so many lives and marriages.

During the second week of March, Cindy ended up catching Influenza A.  As many of you know, this can be a real challenge for her as her lungs still have some residual scar tissue from her battle back in 2010.  The good news is that this is the first time she has been sick since then.   The challenge for her is that she needed to be on oxygen for about three weeks to assist her in the recovery.  The doctors treated it properly and she now seems to be recovering just fine.  With her lung condition it typically takes longer to recoup we are told.

On the 15th of March I traveled to Greene, New York for a men’s conference for PointMan Ministriesand my friend Ron Fraser.  I left out of Denver just 2 days after our biggest blizzard here in recent history.  As a result my plane was just late enough getting into Chicago to miss my connection. Although I was able to arrange a later flight, it went to a different airport, I therefore arrived without my luggage.

Arriving at the hotel around midnight, and having to open the conference in the first plenary in the morning, I did not have anything other than the clothes on my back.  No product to sell either.  I thank God that I am old enough and have had so much life experience in matters like this that I can have a sense of humor about it.  Never did get my luggage until two days after I got home.  However, hundreds of men were blessed and 14 of them asked the Lord into their life for the first time.  Another 200 men raised their hands in a pledge to stop pursuing a god that they want…and draw near to the God who is.

On the 22nd I flew out to St Louis for an Iron Sharpen Iron(ISI)conference for my friend Tom Cheshire and RPM Ministriesin Springfield, IL.  We had around 900 men who attended and it was an amazing event. In one of my seminars attended by around 200 guys, I spoke on The Four Pillars Of Leadership.  This is not the kind of session where I would challenge men to ask Jesus into their heart. The natural assumption is that they would have already done that.  I felt a deep prompting however and asked them to bow their heads as I prayed. Then, about 15 men looked up at me in response to my challenge to make this the day they surrender and become a child of God.  It was awesome and further proof that the Holy Spirit is the one who does the realwork.

The next day it was my privilege to speak again at one of my favorite churches, Koke Mill Christian Church.  Pastor Stan Summers is a dear friend and often asks me to speak when I am in town for ISI.  I taught at both services about how to have an intimate relationship with our Lord.  It was so well received.

Finally, I want to introduce you to a new friend and a man who may become very instrumental in the future direction of On Target Ministries.  His name is Victor Marx.  Some of you may already know who he is as he has an enormous following resulting from the incredible work that he does around the world.  Victor is a Martial Arts expert and has trained numerous champions around the globe.  He is also best known for rescuing young girls from dangerous areas in the Middle East. Take a moment to check him out here, Victor's Story, or look him up on YouTube, you will not be disappointed.

Victor and I are talking about ways we might join forces in the future with regard to ministry to men.  He has developed a deep passion in this area and in my estimation, has a strong message to men.  I am introducing him to many of the men’s ministry leaders I am connected with around the world.  Victor and I are praying that God would show us how we may work together in the future for His glory.  Please, would you pray with us in this regard?

May you experience God’s richest blessings,